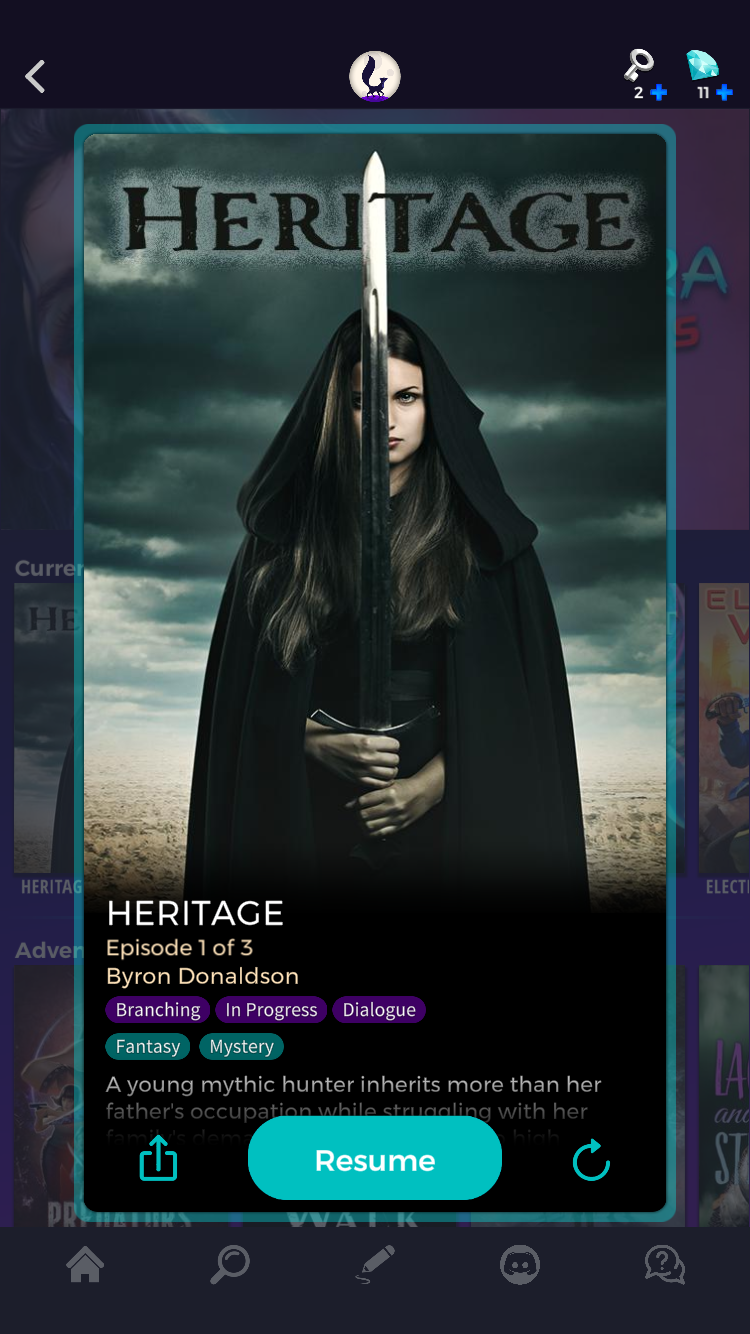 I recently finished the 3rd episode of my interactive fiction, Heritage, for Tales which means I fulfilled I've completed the "pilot episodes" of the story. This means they're going to gather data on how well it does for the next 90 days. For some reason, the game is no longer showing in the iOS App Store (which is very unsettling) but it's still working properly so if you do happen to have the Tales app on your iOS device, I hope you can take the time to play through the 3 episodes of my story. For the Android users out there, they are planning on having it released to the Google Play store sometime in September. But with that out of the way, let's talk about Wayfarers.

So yeah, first big change is that I'm changing the name to Wayfinders. I'm not sure if anyone cares to here the detailed explanation of why so I'll just say the story will get to a certain point where "Wayfarers" wouldn't fit. This being an RPG about adventure, discovery, and other adjectives about exploration, "Wayfinders" seemed like a better fit for the story as a whole. If this name change has left you lightheaded, then you may want to take a seat for the next part.

I'll be using Unreal Engine to make the game instead of RPG Maker MV. Now this might seem like a huge scope creep (I guess scope leap in this case?) so I'd like to explain what lead me to this decision. Ever since I decided to continue working on this game, it was not only to bring this story to life but also as a portfolio/resume builder for my career. It goes without saying that trying to develop a game while working a 9-5 job  can be very draining, especially when you're also trying to balance your time with family/friends/loved ones. I eventually thought "if I could just get funded, either by a publisher or whoever, then I can quit my job and work on Wayfarers/Wayfinders (WF) full time." I put together a pitch and reached out to a number of publishers but they either responded with a polite "thanks but no thanks" or didn't respond at all. Over time, I learned that it was hard to be taken seriously as an indie game developer an da lot of people didn't want to play my demo because of the engine I was using. In some cases where I was talking to someone in person, I could actually see them losing interest once they heard "RPG Maker".

So how does Unreal Engine get in the mix of all of this? Well a couple years ago, out of the countless applications and resumes I sent out for potential narrative designer positions, a studio actually wanted to interview me for said position. Throughout the interview process, they asked me to put something together in Unreal since that was the engine they were using. At that time, I knew nothing about the Unreal Engine but I wasn't going to let that stop me. I'll spare the details for the sake of time and just say I learned the basics of Unreal but didn't get the positions for reasons. Although the end result of that was disheartening, I wanted to make the most of it by continuing to learn how to use Unreal because having the experience of it on my resume seemed to give it a pretty big boost. So I took online courses and watched tutorial videos whenever I was creatively burnt out from working on WF. Even when I put aside WF to work on Heritage, I still continued to learn how to use Unreal. It eventually felt like it only made sense for me to make Wayfinders in Unreal instead of RPG Maker.

There's a lot more I want to say about my decision but this log is already a big wall of text. I'll just end with saying that I'm very excited for Wayfinders moving forward because of all the possibilities this gives me not only in the story I want to tell but also in my career path. To give you an idea on what I mean, here are some screenshots of some of the scenes I've been working on. Hopefully you recognize them! 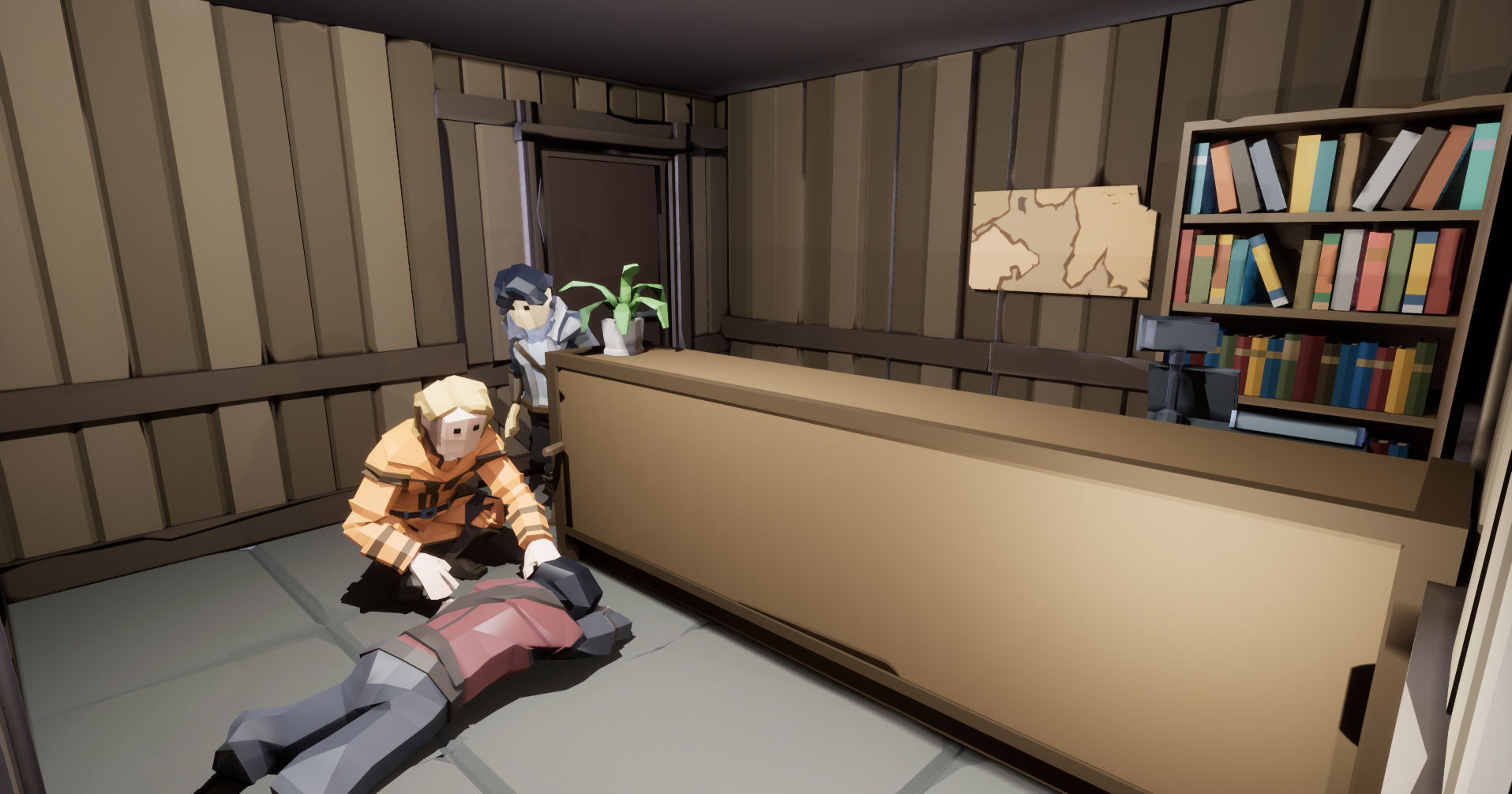 Happy to see this project again! i really liked it just as an RM game, but deamn, it looks GREAT on Unreal engine! hope the change will get you actually taken seriously.