More polishing on Lily's Intro. There have been a number of characters in the demo that I decided to make with the help of RPG Maker MV's Character Generator since I plan on having them play prominent roles in Wayfarers. I made a custom body for Flint but have been on the fence about giving him an actual face image since a) due to the lack of variety I have in face parts for the generator, I am dangerously close to having my characters looking very similar from each other and b) the time it would take to make a face for every prominent character could easily add up. Right now I consider Flint to be a tier 3 character.  Allow me to explain this weird tier system I am using for making characters.

Tier 1 are the main characters like Perry, Archie, and Lily. These characters will not only have a face image but also a couple of facial expressions as well. However, for now, Archie is meant to have the same close eyed, smiling expression for story purposes.

Tier 2 are characters that are prominent enough in the game to at least have a face image. Like Clark, Rey, and the Sentinels.

Tier 3...well I pretty much already explained that and you probably already get the idea. Important enough to have a custom body but not a face image.

Anyways, back to what I actually worked on this weekend, here is an image of who I'll just call the "Train Attacker Person" (since I haven't decided on a name yet.) 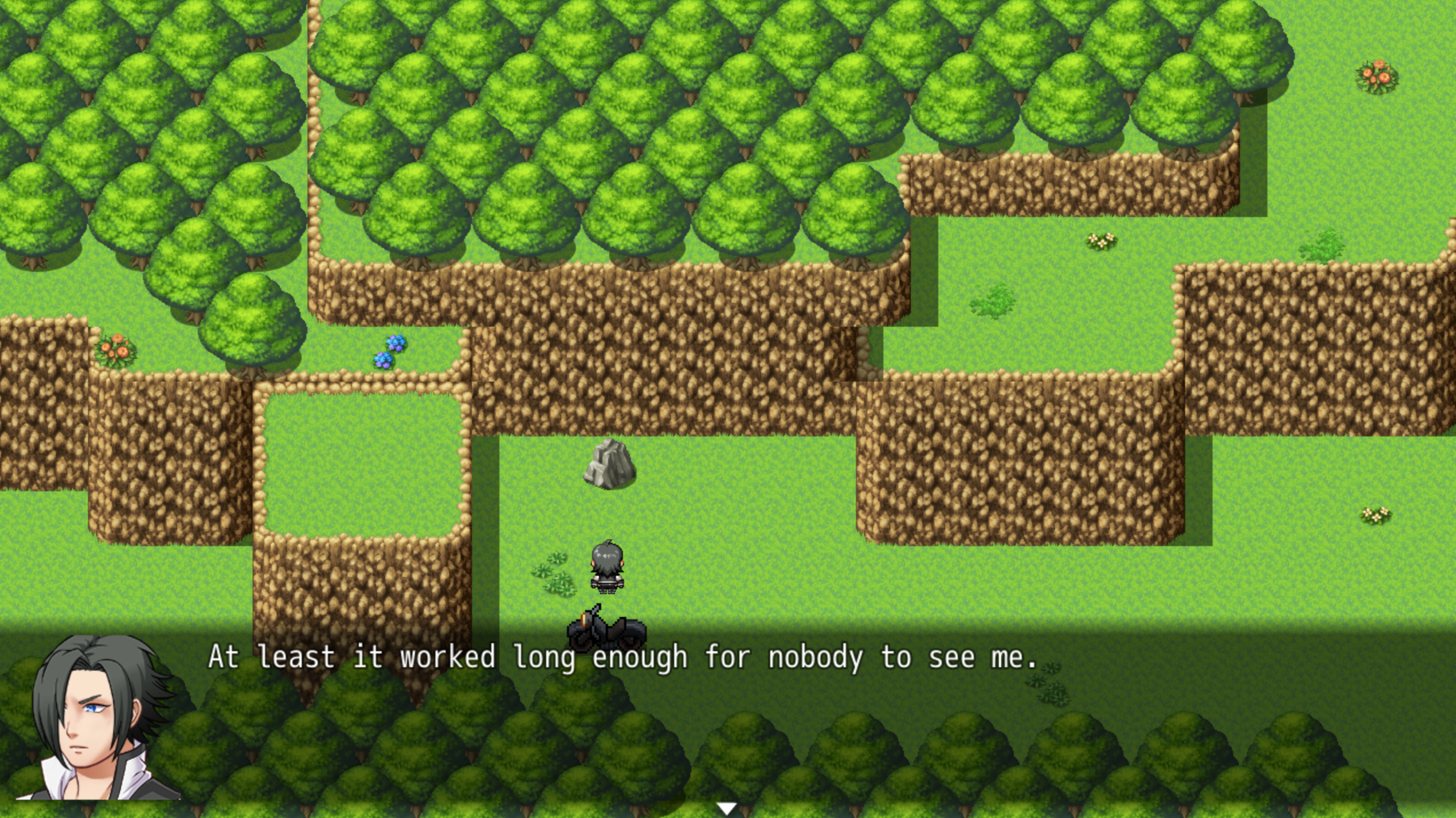