Happy 2020 everyone! Here's what's been going on with Wayfarers.

The idea I have is that since every realm has their own religion, most towns will have this Universal House of Worship where different statues/shrines representing a religion will be in these smaller rooms and the religion of the realm the House of Worship is in will be in the center. I was working on this building when first working on the demo but didn't include it in the published version because it was pretty much one giant empty room. This week I went back to it and updated descriptions for each statue/shrine as well as redesigned the room itself. Here is an updated, but still not the final draft, of the Universal House of Worship  in Compen: 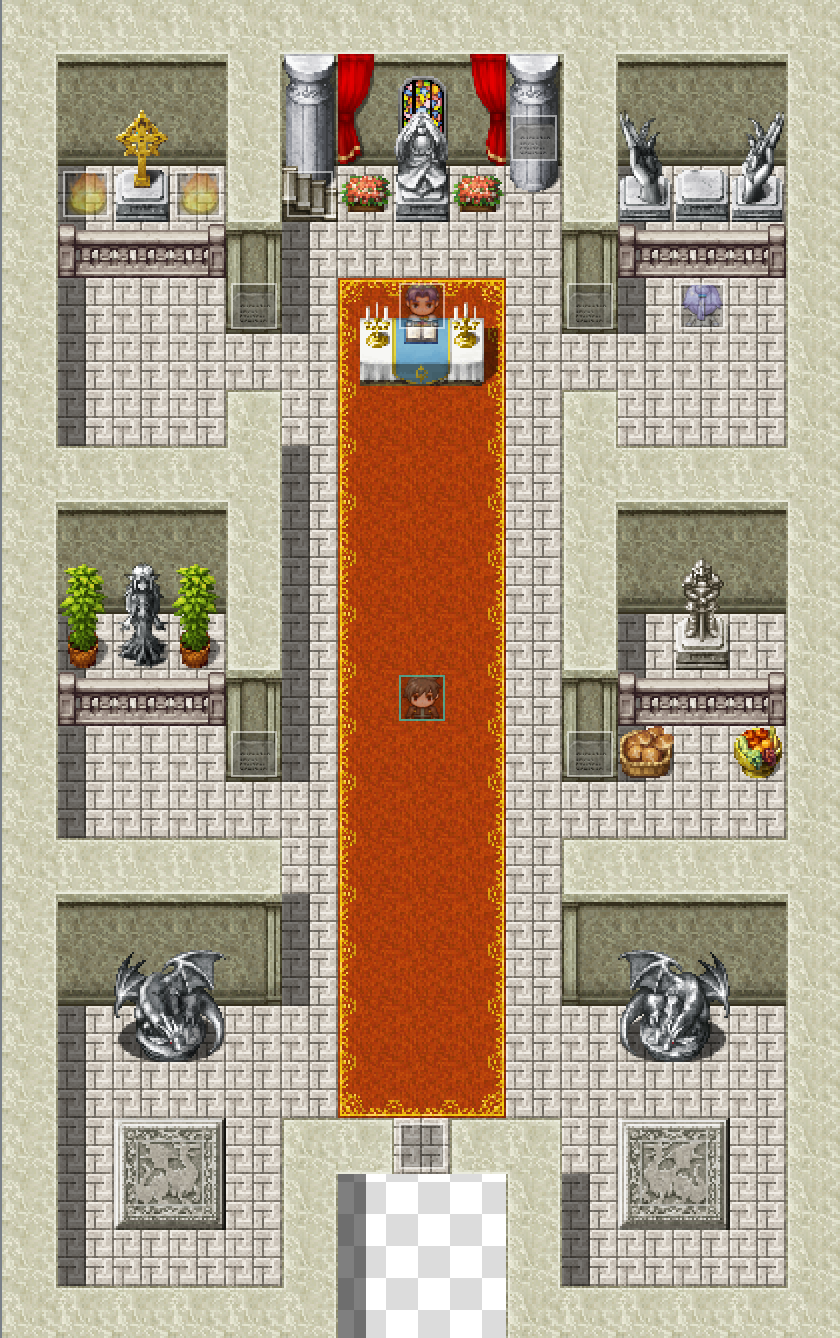 Because I'd rather players discover the world of Wayfarers by exploring it, I'll refrain from explaining each religion. (Also some of them aren't really finalized).

Ideally, I'd love to showcase characteristics like food, fashion, culture, traditions, etc. but I'll probably have to start small and work on the rest as stretch goals or something. Maybe at least include those things in books that players can read in the game itself.