More Lily Stuff and Changing the name of "Pangaia"

This time I put a lot of work into Lily and changed a lot of her lines in her intro. Reading her original lines, I can see how she could come off as boring and maybe even a little incompetent so I even plan on adding a few scenes to complement my line changes.

Here's a screenshot of one of the lines I changed: 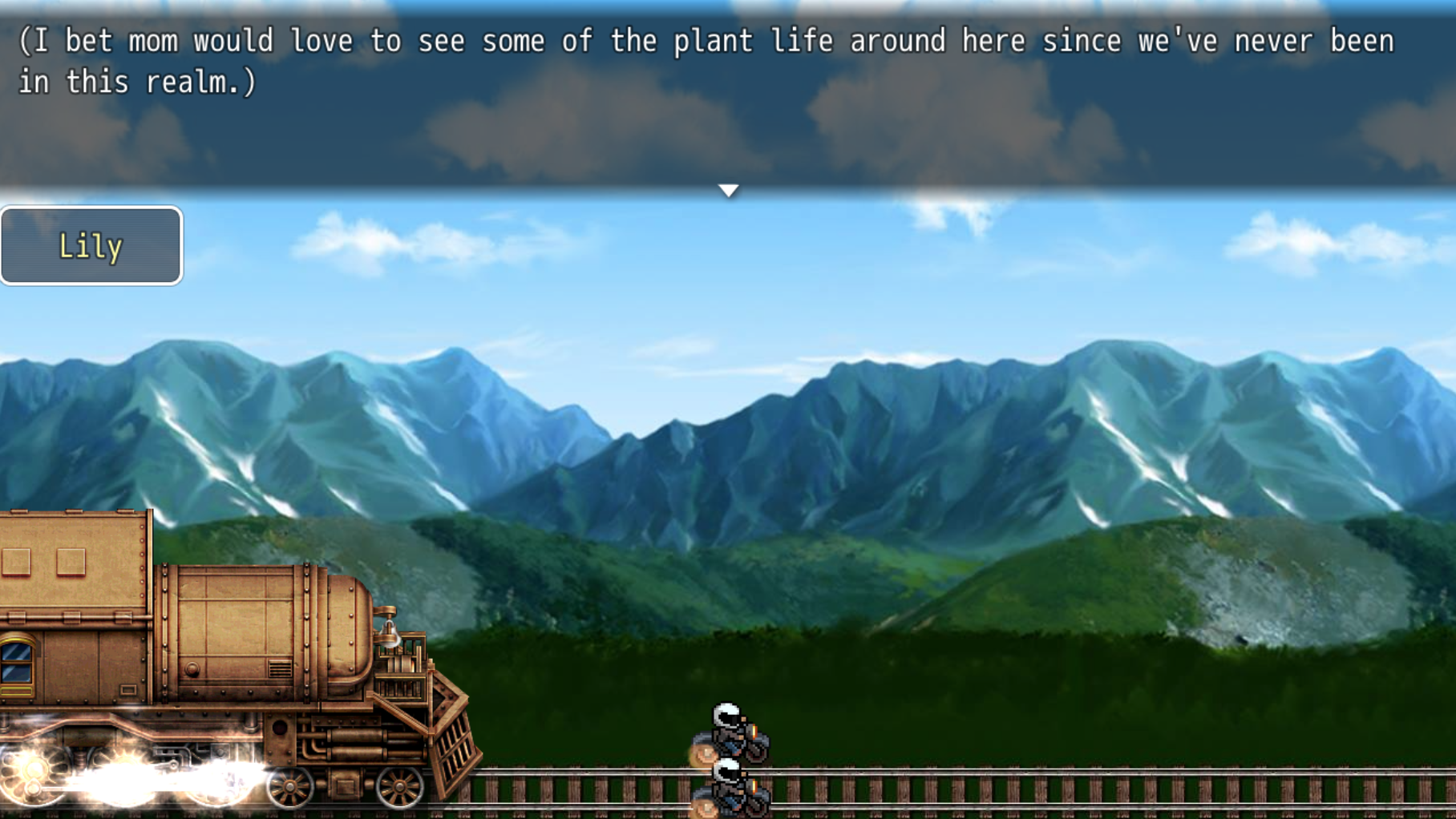 Yeah I know, it's no super crazy change in the game but I figured I should show some kind of visual. Huh I wonder if there's any kind of motorcycle helmet profile images that would match the motorcycle sprites...

Speaking of visual, there's an idea I have for an animation I have for a scene but the sprites or whatever they are called for the tileset is diagonal when I need it to be horizontal so I started familiarizing myself with the Game Character Hub: Portfolio Edition program that I got from that Humble Bundle sale I bought a while back. With my limited skill and knowledge in editing I managed to successfully rotate the images I need to put the animation together. I'll work on the actual animation this weekend.

When trying to figure out what the continents and lands in Wayfarers was going to be like, I thought it it would be clever to use the shape of the super continent, Pangaea and give it a more poetic sounding name like "Pangaia". The hilarious/sad part is that I was so impressed with myself on coming up with this "never before thought of" name that I didn't bothered to do a simple Google search on the word itself to find out that it wasn't as original as I thought.

Looking it up on Google now, the search results mostly consists of a clothing brand. When narrowing my search down by adding "fiction" and "story", I got some kind of magazine subscription. I understand that a lot of ideas and great stories aren't really that original anymore. Heck, I recently found out there's already an RPG Maker game called Wayfarer and a tabletop game called Wayfarers as well. But "wayfarers" is an actual word in the dictionary so it doesn't stand out as much as a made up word like "Pangaia".

So I'll be looking into finding or creating a new name for the land of Wayfarers. I have no idea when I'll come up with the new name. I'll be looking into ideas from time to time but won't really force myself into a deadline for the name. I'm going to try and come up with it in a more organic way. Although I probably just gave myself really high expectations on this name name by even talking about it so I'll probably be pulling my hair out trying to figure out the "perfect" name.

So that's what I worked on last weekend. Sorry I don't have any fancy visuals this time around, a lot of it was boring text stuff and I doubt anyone cares to see a default animation asset that was simply just rotated. Til next week.